There is a cooler ON/OFF electronic switch wired between the Thales cooler controller and the Agilent totalizer.  During FTSW software crashes/restart events, the Agilent unit sometimes gets reset, causing the cooler to get momentarily switched OFF.  These repeated cooler restart events have the potential to reduce cooler lifetime.  Disabling this electrical connection between the Agilent totalizer and the Thales cooler controller will prevent these cooler restart events and potentially extend cooler lifetime.

Note: there is no known use for this electronic switch in normal operation of the AERI, so there should be no negative impact to disabling this connection. 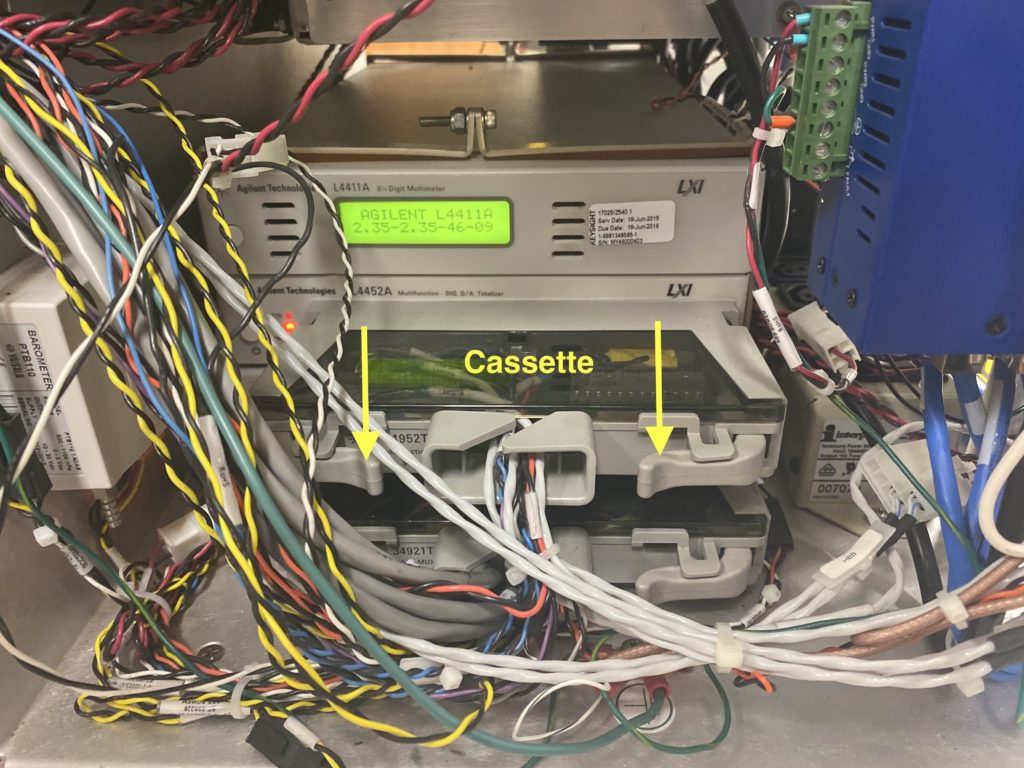 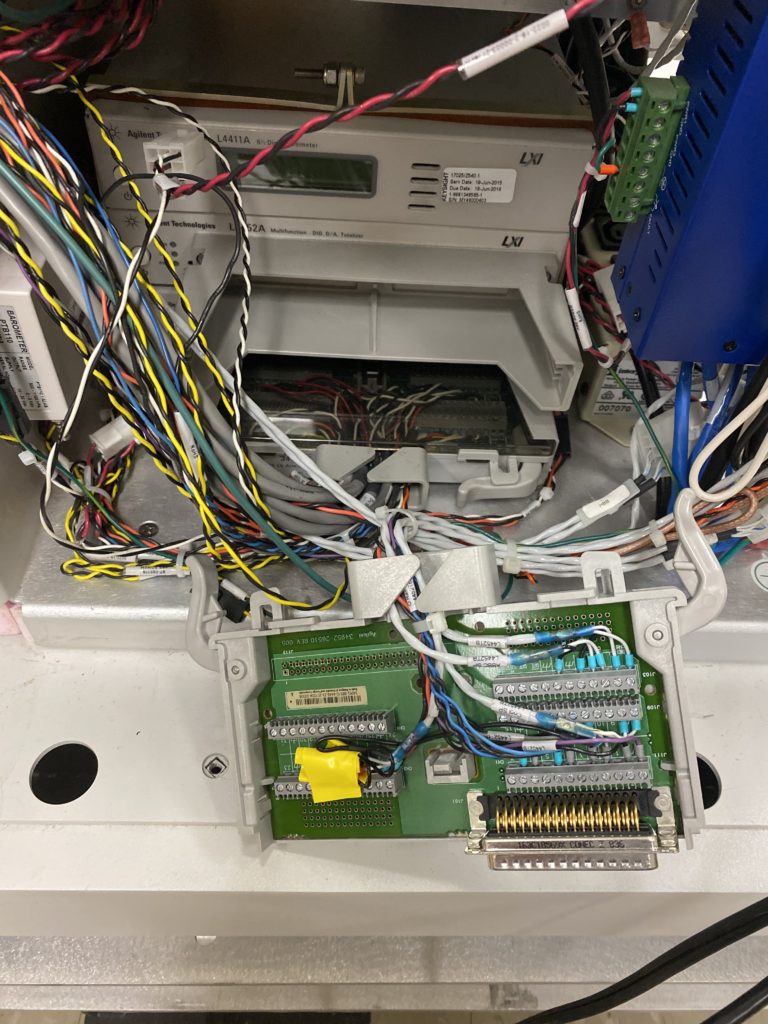 Figure 2. After removing, rotate the cassette 180 degrees to allow access. 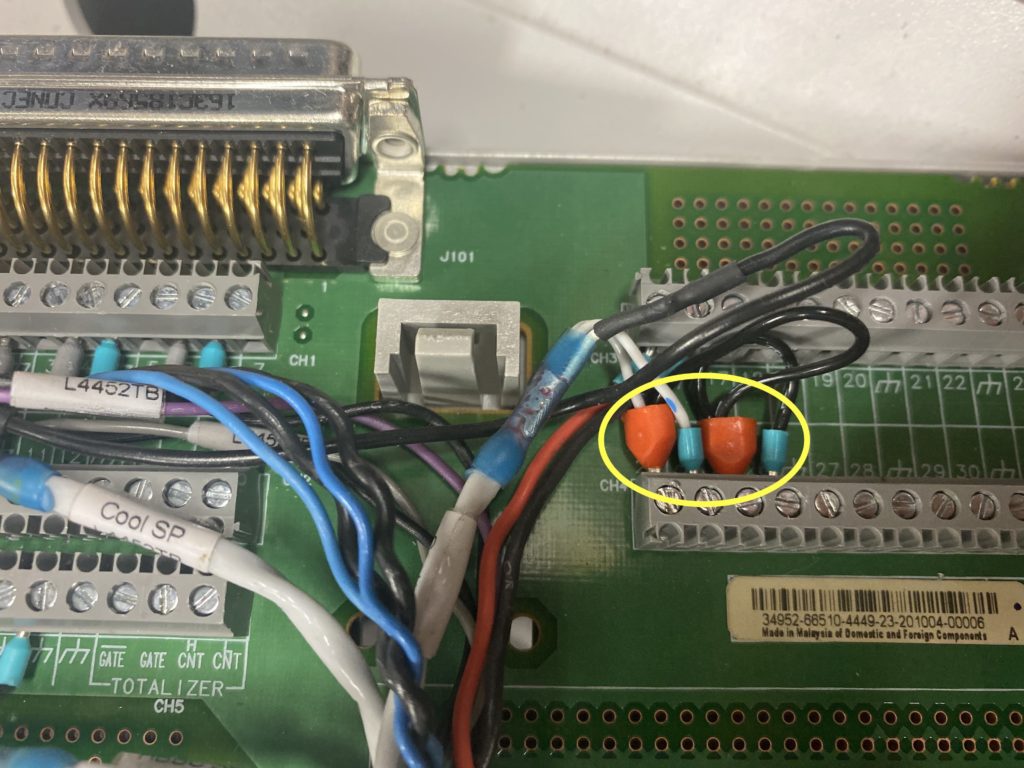 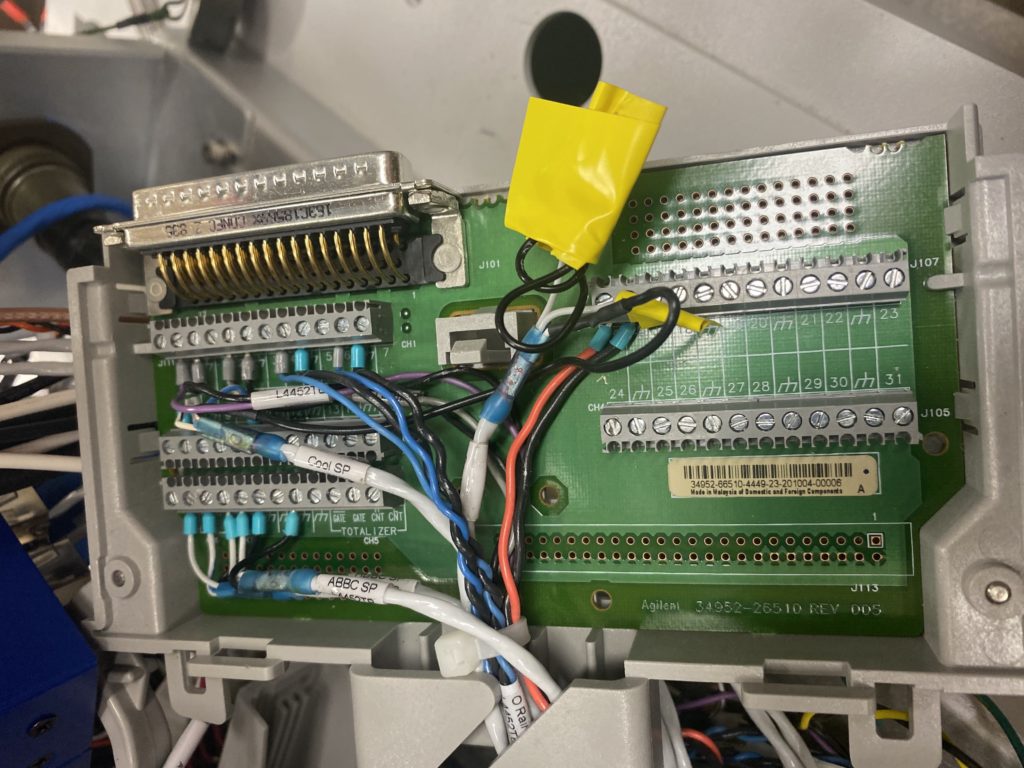 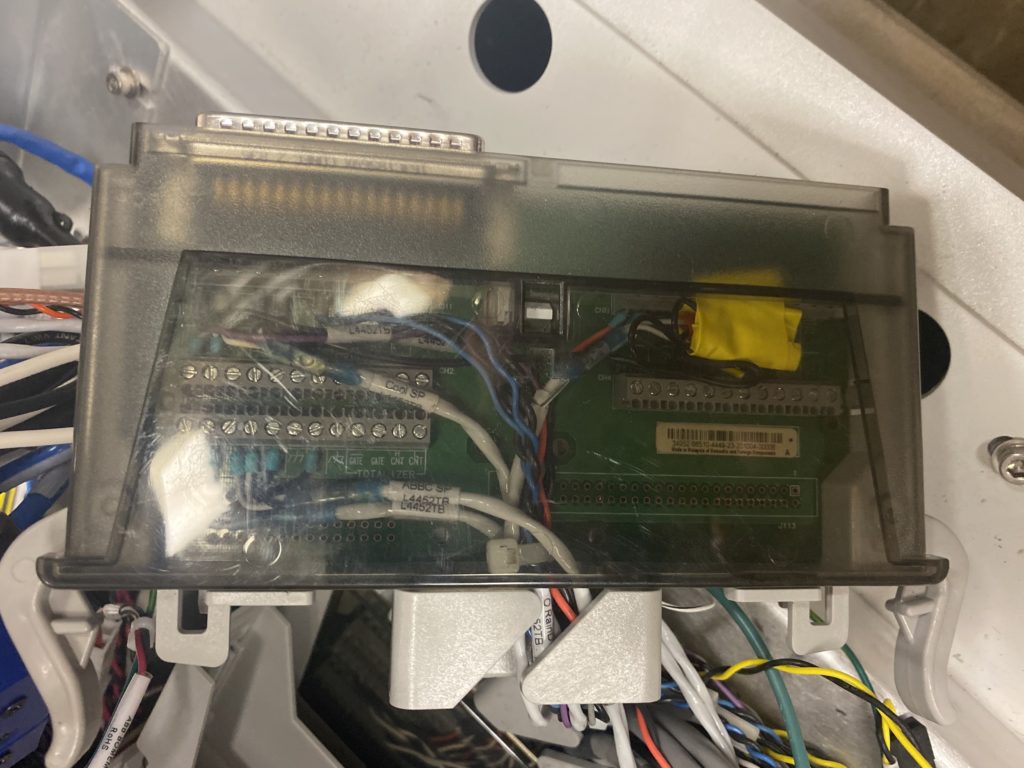