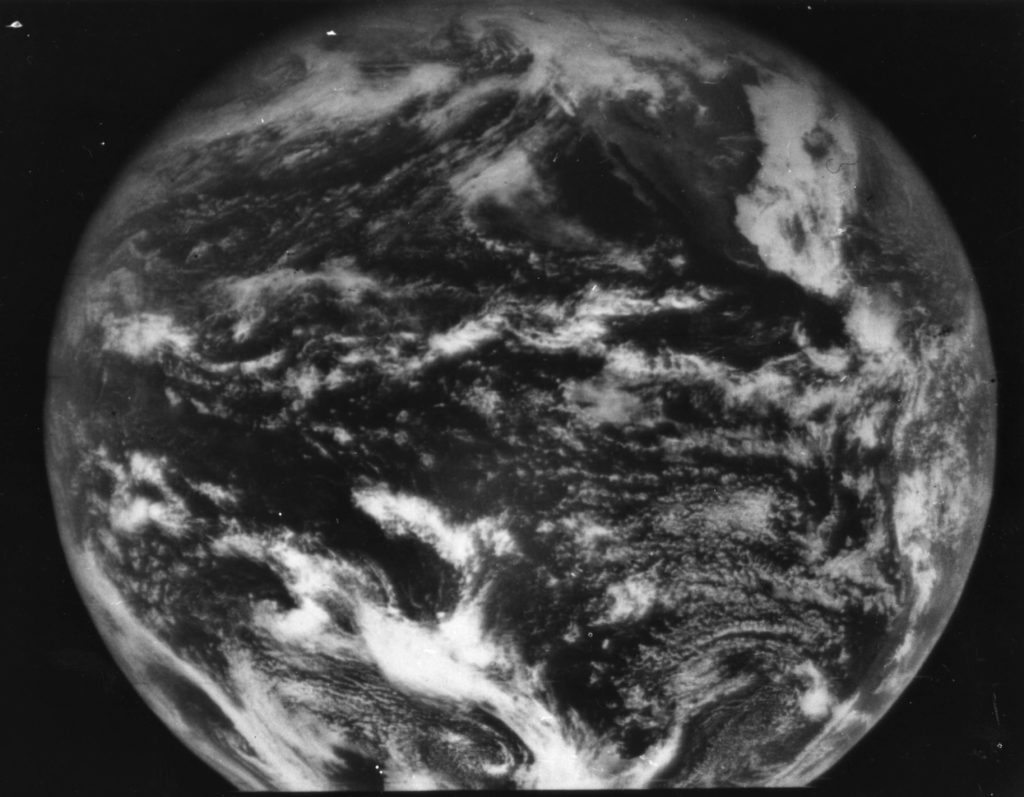 The launch of the first Earth-orbiting satellite in 1957 ushered in a new era of science and technology. For meteorologists, satellites offered the potential to explore the Earth’s atmosphere from above. Two professors at the University of Wisconsin-Madison emerged as leaders in this exciting new frontier: Verner Suomi, a meteorologist, and Robert Parent, an engineer.

Over the course of several years, Suomi and Parent organized a group to design and build an instrument to measure the radiation balance of the earth. That instrument was launched on Explorer VII in 1959: the first successful meteorological experiment from space.

In 1965, the University of Wisconsin-Madison Board of Regents formally established the Space Science and Engineering Center (SSEC) within the Graduate School, with Suomi at its helm. The following year, another new Suomi-Parent innovation – the spin-scan cloud camera – flew onboard ATS-I, the first geostationary satellite, forever changing scientists’ ability to study Earthly weather from space.

As Suomi’s team grew, the scope of its projects expanded, leading to the need for more spacious research facilities. NASA, the National Science Foundation, and the State of Wisconsin supported the construction of what is known today as the Atmospheric, Oceanic, and Space Sciences building on the UW-Madison campus.

The successes of Suomi and SSEC fostered joint scientific efforts with other research groups, in particular the National Oceanic and Atmospheric Administration (NOAA). The first team of NOAA scientists arrived in Madison in 1976 to work side-by-side with university researchers, a partnership that has consistently proven its value in the form of improved environmental data and weather-forecasting tools. This early collaboration would result in the formation of the Cooperative Institute for Meteorological Satellite Studies (CIMSS) within SSEC in 1980, under a cooperative agreement that persists to this day.

Throughout its history, SSEC has broadly fulfilled its mission – echoing the university’s Wisconsin Idea – to conduct research that educates and serves society.