A comprehensive experiment called The Cloud, Aerosol and Monsoon Processes Philippines Experiment (CAMP2Ex) has recently finished a two month field campaign in the Philippines. As an international effort led by NASA, in partnership with Filipino scientists, the experiment aims to understand how atmospheric components – including aerosols, clouds, and precipitation interact in the region.

For the second year, UW-Madison Space Science and Engineering Center (SSEC) scientists participated in the experiment by providing support for mission planning and data collection from three different platforms. 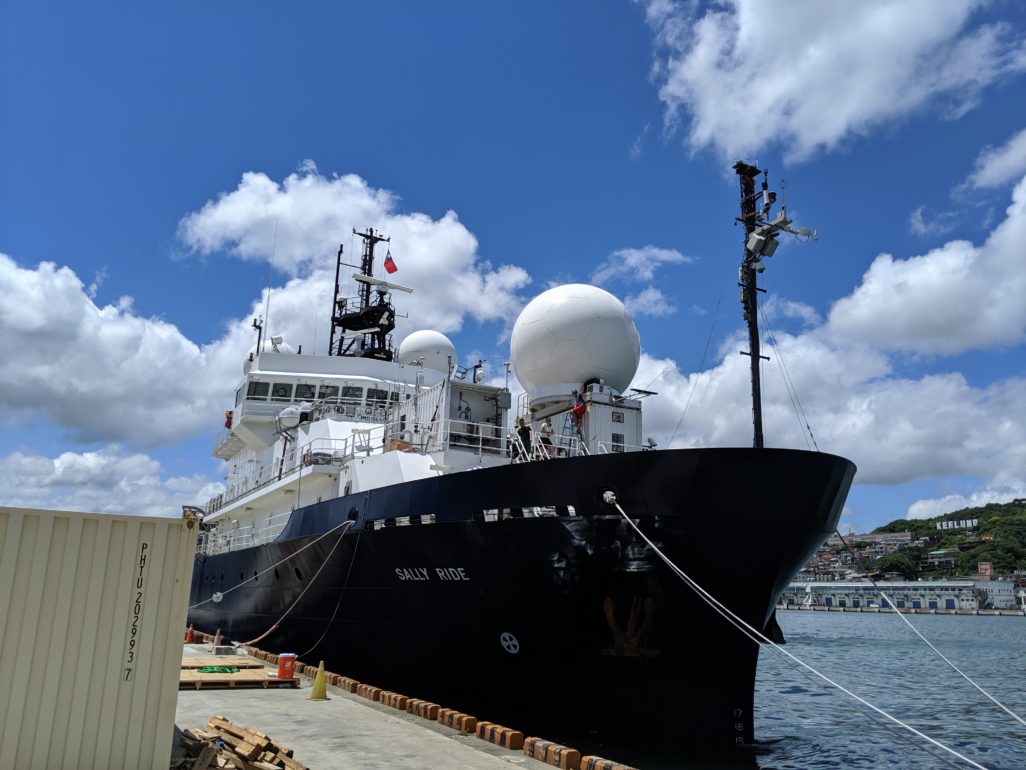 The Sally Ride research vessel embarked on a two month journey over the Philippine Sea to collect atmospheric and oceanographic data. Among the crew, SSEC scientists installed and operated instruments to measure atmospheric conditions and aerosols present in the region. Credit: Igor Razenkov

“This part of the world is a unique place to study the atmosphere for a number of reasons,” says SSEC scientist Bob Holz. “The annual monsoon cycle is important for the regional economy and way of life and is likely impacted by aerosols produced from urban pollution and burning of vegetation in regions surrounding the Philippines.”

On land, SSEC scientists deployed a High Spectral Resolution Lidar (HSRL) in the capital city of Manila at the Manila Observatory. The HSRL was originally designed and built at SSEC and is used to measure both cloud and aerosol properties. Deployed in December 2018, the HSRL will provide a full-year of continuous observations and will improve the understanding of the seasonal changes in the region and give long term context to the six weeks of observations collected by the other platforms, the Research Vessel Sally Ride and aircraft measurements. 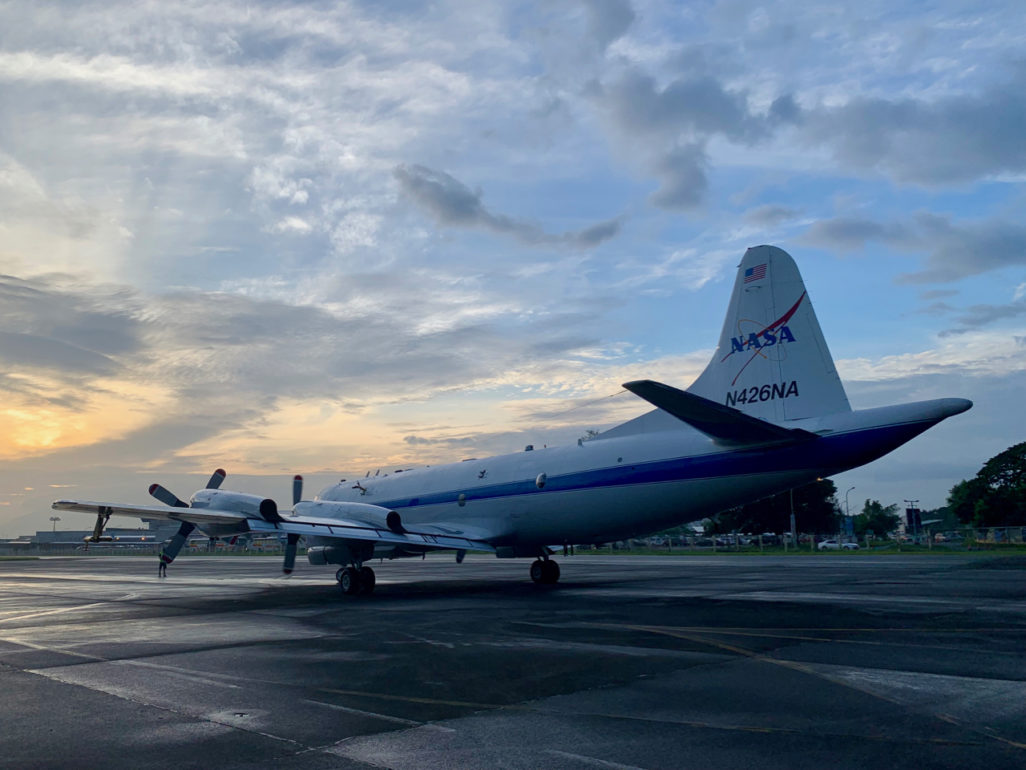 From the air, a NASA P-3 research plane flew 3-4 times per week with transects over the Philippine Sea and surrounding areas to collect data by the NASA Langley airborne HSRL, as well as other onboard remote sensing and in-situ instruments to measure cloud properties, radiation and capture passive microwave imagery. The aircraft captures data within the boundary layer and up to an altitude of 24,000 feet.

Given the rapid changes in clouds and aerosols (and frequent strong convection), flight safety was a major concern during the campaign and up-to-date weather briefings were crucial. To enhance the weather briefings, Holz and his colleagues developed a new technique that incorporates geostationary satellite data into WorldView, NASA’s interactive tool for browsing global satellite imagery. By supplying near real-time weather data from the geostationary Himawari-8 Advanced Himawari Imager, flight planners were able make up-to-date flight decisions based on the rapidly changing weather conditions. 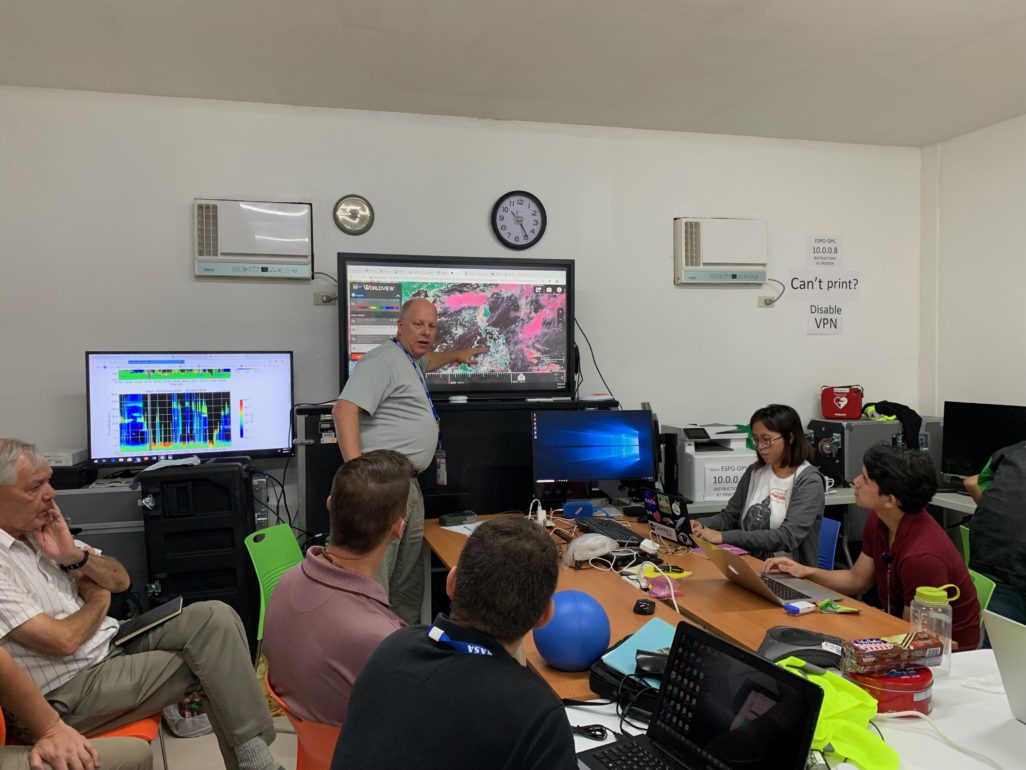 In addition, mission specific layers have been added to the WorldView app to track the P-3’s flight path and the Sally Ride’s voyage.

“Integrating the satellite data is a unique way to support the field campaign,” says Holz. “From what we’ve learned it sets us up to do other projects and integrate our geostationary capability into a NASA framework, which has long term benefits for NASA and SSEC.”

The CAMP2Ex field campaign finished in early October 2019, at which point Holz says they will continue to support the mission through data analysis over the next few years.

This work was supported by NASA and the Office of Naval Research.