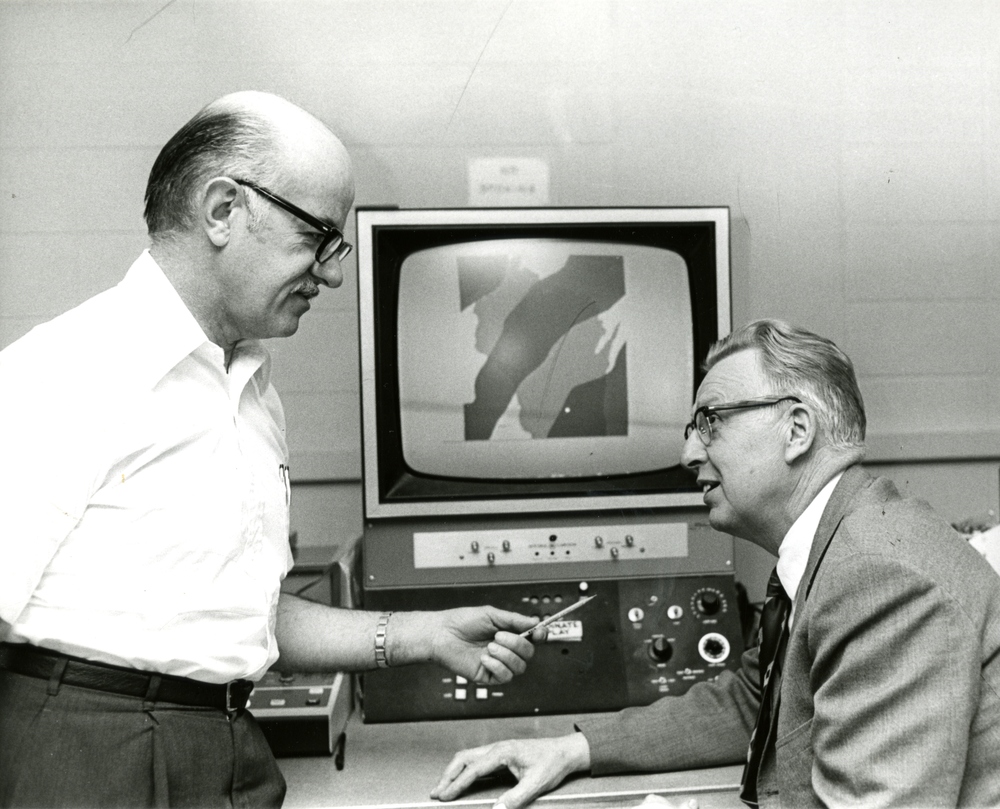 A retired US Air Force Colonel, Haig joined SSEC founder Verner Suomi as executive director in 1970, serving in that capacity until 1979.

Haig’s instrument design experience would inform his work at SSEC. Before coming to UW–Madison he directed the development of the polar-orbiting meteorological satellite program for the Air Force. In the early 1960s, he was selected to lead a classified program tasked with developing a weather satellite that could help the military collect aerial reconnaissance imagery for tactical forecasts. That program was later named the Defense Meteorological Satellite Program. By suggesting that the camera optic axis should be aligned with the satellite spin axis, Haig’s ideas became key to resolving imaging difficulties with the early satellite instruments.

Haig joined SSEC at a pivotal time in the field of remote sensing. The advances in geostationary imaging of weather systems of the 1960s had set the stage for the development of cutting-edge tools to navigate the images onto earth latitude-longitude locations, and then, to animate and analyze those images. To meet the new challenges posed by a wealth of satellite data, Haig and Suomi, along with a team of scientists and engineers, developed WINDCO, a prototype system to visualize satellite data.

They demonstrated WINDCO to officials from NASA, the National Oceanic and Atmospheric Administration and the National Science Foundation in 1972. With encouragement from the agencies, the SSEC team designed and built an operational version of WINDCO, today’s Man-computer Interactive Data Access System (McIDAS). It was the first data visualization tool of its kind and importantly, it allowed scientists, for the first time, to derive winds from tracking cloud motions that are crucial to weather forecasting.

In Haig’s own words, “Today, throughout the world, when you see a weathercaster on TV standing before an image of moving clouds combined with graphic displays of other data – thank SSEC. It was all developed there and given to everyone.”

Haig’s meritorious career service was recognized with three commendations, two Legion of Merit medals and the Space and Missile Pioneer medallion from the Air Force, a silver medallion designating him a Pioneer of Satellite Meteorology from the Secretary of Commerce and election to the Hall of Fame at the National Reconnaissance Office. His portrait hangs in the Hall of Fame at Air Force Space Command, Peterson AFB, Colorado Springs.

With an abiding sense of the importance of extended family and community, Haig and his wife, Bobbie, opened their home to dozens of foster children while raising their own family.  After his retirement from SSEC, Haig dedicated his creative energies to benefit the Madison area through involvement with theater and leadership of the Madison Theater Guild. He is credited with establishing the Bartell Theater in Madison.

He remained a creative force within the SSEC community, often returning to suggest new projects and to amaze with his total recall of the evolution of satellite remote sensing.