Dr. W. Paul Menzel received his Ph.D. in theoretical solid-state physics from the University of Wisconsin (UW)–Madison in 1974. Shortly thereafter, Dr. Menzel joined the Space Science and Engineering Center at the UW where he was among the first to explore the possibilities for remote sensing of the Earth’s atmosphere from a geosynchronous multispectral satellite. In 1983, he joined NOAA/NESDIS as the leader of the Advanced Satellite Products Project in order to transition UW research advances into NOAA operations.  In 1999 he was promoted to NOAA Senior Scientist responsible for conducting and expanding local and global research on environmental remote sensing systems. Upon retiring from NOAA in 2007, Paul served as the first Verner E. Suomi Distinguished Professor of Atmospheric and Oceanic Sciences for four years wherein he mentored students in remote sensing of the atmosphere.  He currently is a Senior Scientist in the Cooperative Institute for Meteorological Satellite Studies at the UW–Madison where he continues to pursue improving the synergy of low earth orbiting sounders (CrIS, IASI) and geostationary imagers (ABI, AHI) as well as studying cloud and moisture properties derived from HIRS and MODIS measurements over the past four decades.  Since 2007 he is an AMS Fellow and in 2019 he was awarded the Yuri Gagarin Medal from the Russian Cosmonautics Federation for scientific contributions to the field of environmental remote sensing and international training efforts. 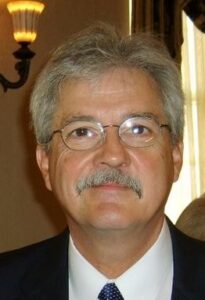