Brad Pierce began serving as Director of the Space Science and Engineering Center (SSEC) at the University of Wisconsin-Madison on Oct. 1, 2018. Prior to this appointment, he was a Physical Scientist at the NOAA/NESDIS Center for Satellite Applications and Research (STAR), Cooperative Institute for Meteorological Satellite Studies (CIMSS) in Madison, WI and a Senior Research Scientist at the NASA Langley Research Center, Atmospheric Sciences Division in Hampton, VA. He received his PhD in Meteorology from the University of Wisconsin-Madison.

He has more than 25 years of experience in the design, development and execution of global atmospheric models. Since 2001, he has been the Principal Investigator of RAQMS (Real-time Air Quality Modeling System). RAQMS is a global meteorological and chemical modeling system for assimilating satellite observations of atmospheric chemical composition and aerosols and has been used for real-time predictions of global air quality since 2012. He is a member of the GOES-R Algorithm Working Group where he led a project to provide real-time simulated Advanced Baseline Imager radiances for operational GOES-R ground system testing. He was a member of the NASA Geostationary Coastal Ocean and Air Pollution Events (GEO-CAPE) Atmospheric Science Working Group where he Co-Lead the regional chemical Observation System Simulation Experiment (OSSE) team. GEO-CAPE is one of the 2007 National Research Council Decadal Survey Earth Science missions. He is a member of NOAA Next Generation Global Prediction System (NGGPS) Aerosols and Composition Team and is currently leading an effort to implement the RAQMS chemical mechanism into NGGPS. NGGPS will replace the current NOAA operational Global Forecast System and run as a unified, fully coupled Earth System Model.

He has more than 20 years of experience in chemical modeling and forecasting support for NASA, NOAA, and NSF field campaigns. During these campaigns, RAQMS real-time chemical and aerosol assimilation and forecasting, combined with Lagrangian trajectory analysis, provided a link between continental scale satellite observations, surface networks, and airborne measurements. He recently led the 2017 Lake Michigan Ozone Study (LMOS 2017) which was a multi-agency airborne, ground, and ship based field campaign that focused on understanding high ozone events that occur along the western coast of Lake Michigan. He is currently the satellite representative on the steering committee for the Fire Influence on Regional to Global Environments and Air Quality (FIREX-AQ) field campaign, which is a NOAA/NASA interagency intensive study of North American fires that will occur during the summer of 2019. 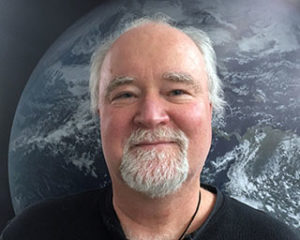